Doing the best at that moment puts you in place for the next moment. 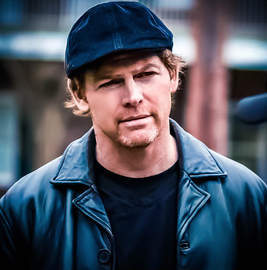 A native of Baton Rouge, Jarred graduated with three degrees including film. It was after serving for several years as an Associate Pastor in Memphis, and then Director of City of Faith, a Community Corrections Corporation, that he decided to attend film school. While attending film school, Jarred received the Course Director’s Award for Film Production, Salutatorian Award, and the Advanced Achievement Award, given by fellow students and professors.

After returning to Baton Rouge, Jarred started Red Entertainment Group, LLC, through which he has worked on numerous films, documentaries, commercial and corporate videos, many of which have won awards, and have been featured in Top 10 Film Festivals. Jarred is also very active in the film industry for the state of Louisiana, having served on the Film Advisory Board of Baton Rouge and the Board of Advisors for The Arts of The Dunham School. He has been a team member on over 50 motion pictures and has been part of the Producing team on over 20 films including ONE NATION UNDER GOD, CAMP COOL KIDS, and GOD’S NOT DEAD. Jarred has served as Producer on multiple local and national commercials. 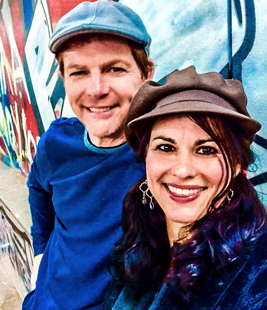 Wendi Coates graduated from Louisiana State University with a M.A. in Secondary Education. She taught French in the Episcopal school system and later served as Director of Christian Formation at St. James Episcopal Church of Baton Rouge. As a Sunday School teacher and catechist for almost 20 years, her passion for spiritual formation has led her to creating study materials for those seeking Christ.

Wendi has also worked in the film industry since 2008, serving in the casting and locations departments. Employed as a locations scout and manager for over a dozen films enhanced her knowledge of what it requires to produce a film. In 2017, she accepted the position of Co-Director of the Baton Rouge Film Commission, allowing her to work with producers from around the world, local filmmakers, government officials and agencies.

Currently, Wendi writes inspirational films and continues to work with her husband, Jarred, in developing, producing and marketing projects of all genres for both film and television.

One Nation Under God – CitySocial.com, July 2017

One Nation Under God